The area offers a mixture of challenging parkland and natural links courses. Tee off against the magnificent backdrop of Killarney's Lakes, the Gap of Dunloe or even the wild scenery of the Atlantic. At the end of a day's golfing a well earned pint of Guinness and hearty meal will await you at one of the finest Killarney hotels!

Beaufort Golf Club is an 18 hole Kerry Golf Course situated 7 miles from Killarney, nestled at the base of Ireland's highest mountain, Carrauntoohil, part of the world famous MacGillycuddy's Reeks. Set amongst 200 year old trees, 15th century castle ruins, two lakes and rolling meadows, Beaufort Golf Course has been developed to the highest standards by Golf Architect Tom McKenzie of McKenzie and Ebert.
Part of the Churchtown Estate and located only 7 miles from Killarney and 4 miles from Killorglin this 7004 yard Parkland Kerry Golf Course is carved from natural terrain and is suited to all standards of golfer.

The natural Lakeside courses at Killarney Golf and Fishing Club are widely considered the jewels of the region and very deserving of their title - "The Nearest Golf Club to Heaven!"
Nestled amongst the splendor of the famous lakes of Killarney and with the spectacular backdrop of the MacGillycuddy Reeks, Ireland's highest mountain range, lie two unique Championship Courses to challenge you.
Killarney Golf & Fishing Club is one of the oldest, most established and internationally recognised clubs in Ireland where golf has been played since the 19th Century. The Club offers two totally unique courses each with a different challenge to the golfer.Home of the 2010/2011 Irish Open.

Dooks Golf Links is set out on one of the three stretches of sand dunes at the head of Dingle bay. In the immediate foreground are the sand dune peninsulas of Rossbeigh and Inch. South eastwards are the famed McGillycuddy's Reeks, to the Southwest are the lovely cooms and hills of Glenbeigh and across the bay to the north are the Slieve Mish and Dingle mountains. Dooks Golf Links is not as exposed as some Irish courses and features an amazing variety of gorse, heather and wild flowers, the "gentle" wind is never far away and the narrow genuine sandy fairways and well contoured greens offer you a real taste of traditional golf at its very best.Golf has been played in Dooks since 1889 and was a 9 hole course until the members themselves designed and built 9 extra holes which opened in 1970. In 2002 Martin Hawtree, renowned golf architect, enhanced the layout of the course. Dooks now has 16 redesigned holes, which have added to the golfing challenge and will test even the very best of players.

Ring of Kerry Golf Course, was designed by Eddie Hackett to be a 'world class' golf course that would challenge competent and experienced players from the back tees, yet be playable and enjoyable for the average handicap player from middle and forward teeing areas.
The course boasts panoramic views across Kenmare Bay and in 2006 was awarded a prestigious HSBC regional course rankings Gold Medal
Book a Room 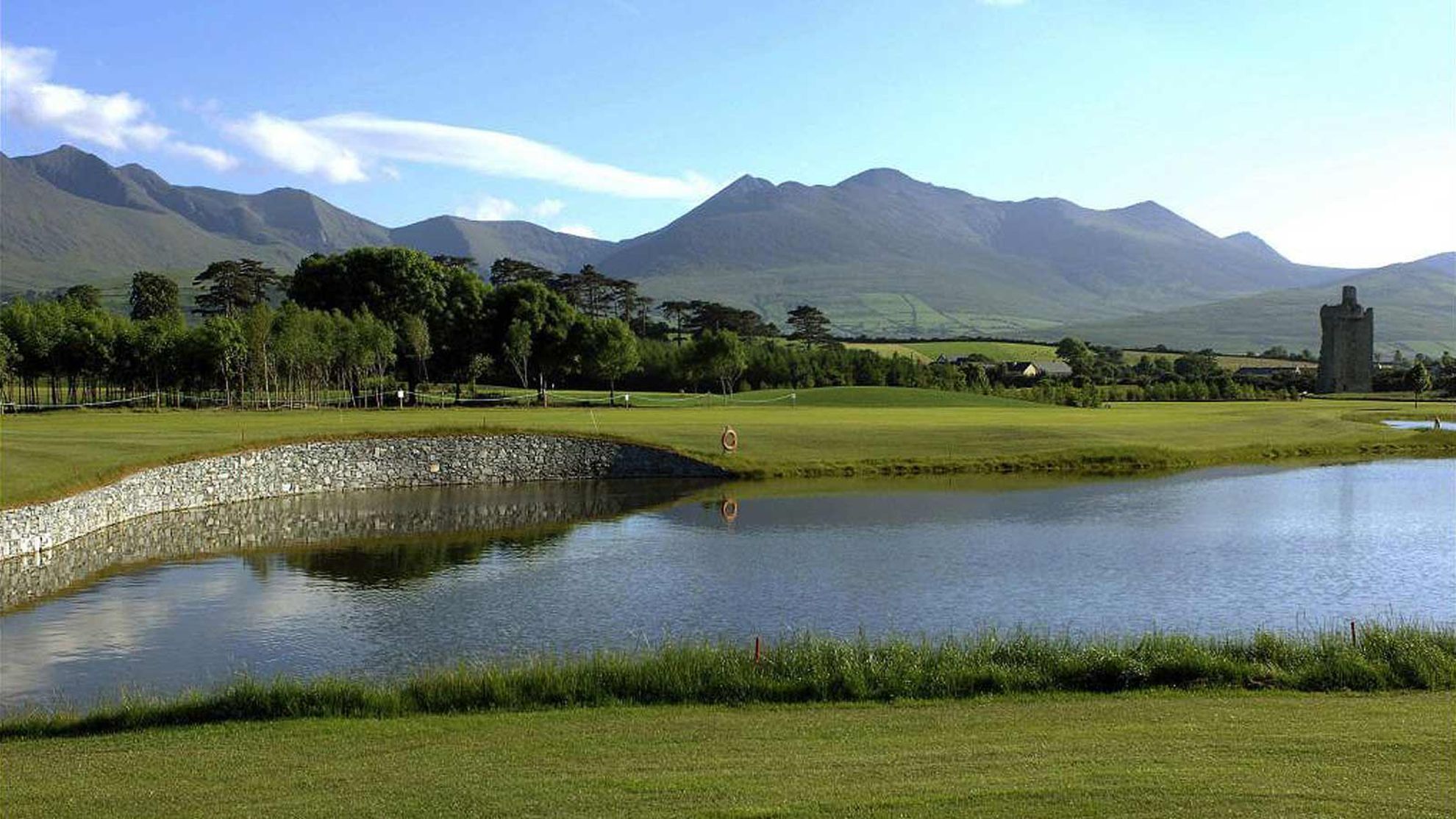 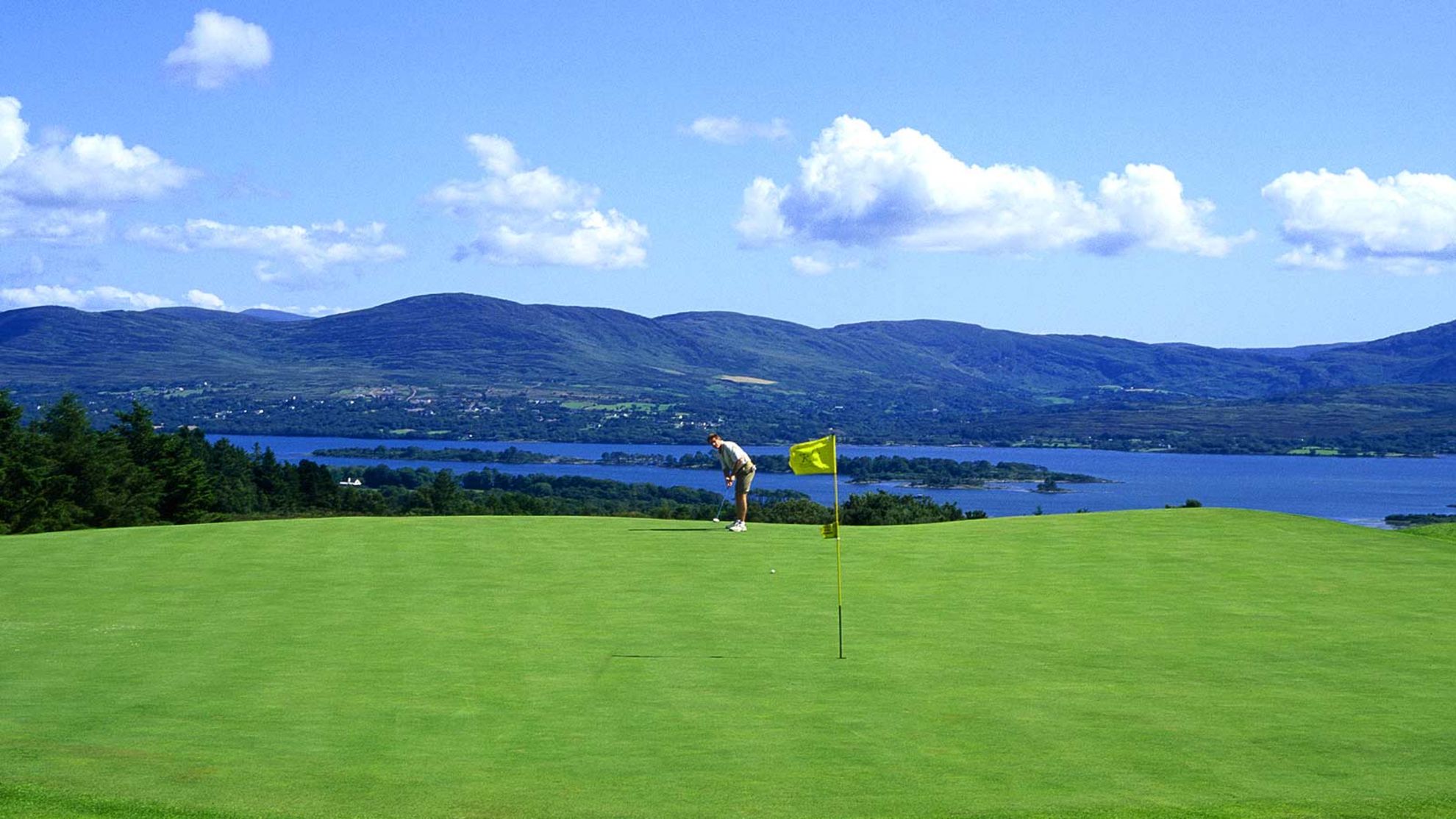